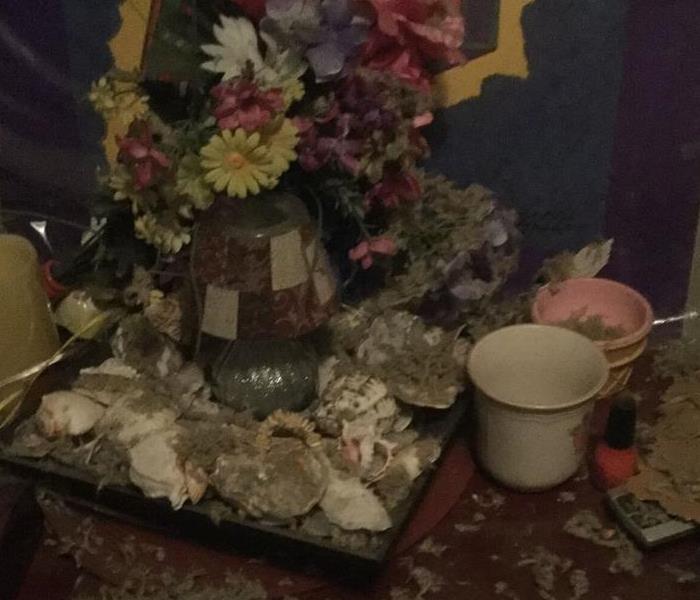 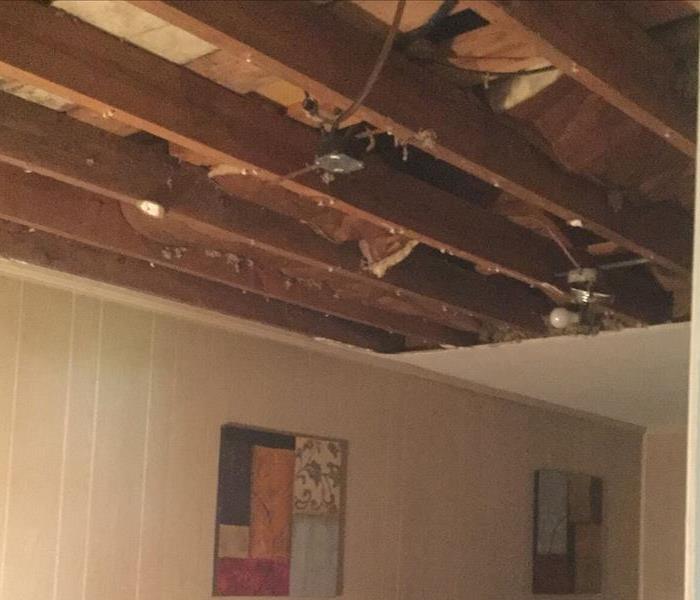 A horrible storm caused severe roof damage which in turn caused a massive water leak to this ceiling. The water damage went unnoticed until the ceiling collapsed due to the pressure from the water. The before picture shows the debris left on a table that was in the room. SERVPRO of Houston County came to the home in order to clean the debris from the ceiling. Once that was complete, our technicians removed the damaged ceiling. The after picture shows the result from the removed ceiling. The homeowner was able to stay in areas of the home while we worked.

View More Before & After Photos